Forum originally based in Arboleas, Almería. You are welcome to join us wherever you are.

Bee-eaters breeding in the UK

Bee-eaters breeding in the UK

People on the I.O.W. have been treated to seeing bee-eaters breeding this year!
They are lovely birds, could get a bit blasé about them here, in the summer...

Exotic bee-eaters have had their best ever breeding attempt in the UK with eight chicks fledging from two nests, conservationists said.

Two pairs of the brightly-coloured birds, which are normally found in the Mediterranean, have nested on the Isle of Wight this year.

Three chicks fledged from one nest on National Trust land, in a small valley on the Wydcombe Estate, and another five from a second nest. There were originally thought to be nine chicks, but one did not survive.

With eight chicks from two nests, it is the most successful breeding attempt on record by the birds in the UK. The last successful attempt, in County Durham in 2002, produced two chicks, and was the first for 50 years. Before that two pairs raised seven young in Sussex in 1955.

“Bee-eaters are usually faithful to breeding sites so we’re hoping that they return in 2015, but this will be dependent on weather and other perils of migration that birds face.”
Top

Re: Bee-eaters breeding in the UK

I understand that there are about a dozen bee-eaters in Great Yarmouth, Norfolk. They are causing quite a gathering of twitchers. 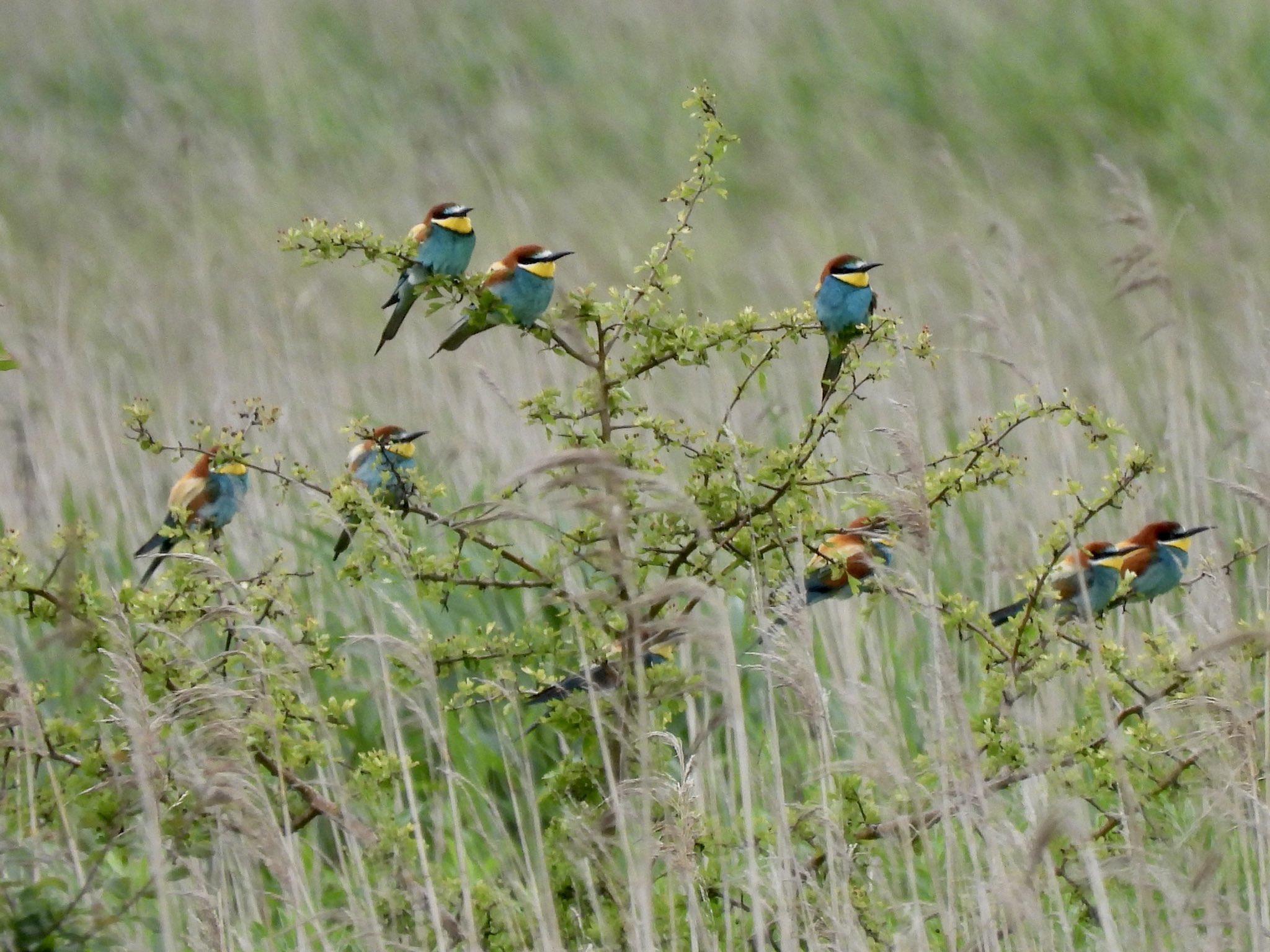 Re: Bee-eaters breeding in the UK

They're a bit lovely, aren't they?
Never forget the pie you were baked in!
Top
Post Reply
3 posts • Page 1 of 1

Return to “Flora and fauna”